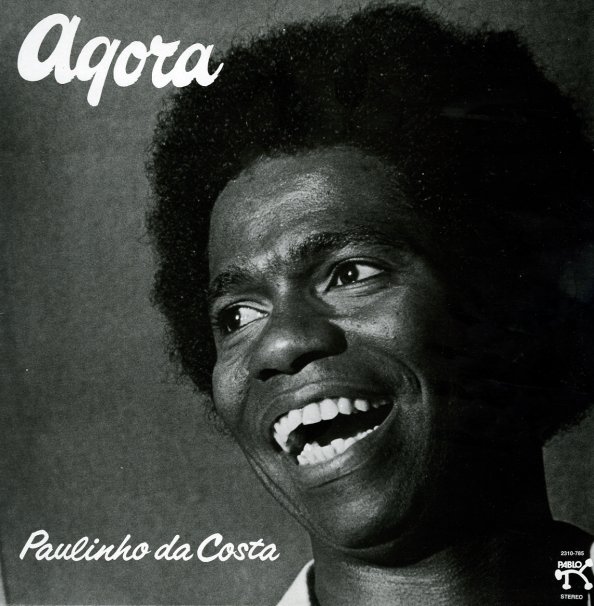 A tasty session of west coast Brazilian grooves – cut by the great percussionist Paulinho Da Costa, with a group that includes Claudio Slon, Larry Williams, and Lee Ritenour. The record's got a very nice breezy feel – with a sound that's similar to some of the Fantasy Brazilian LPs of the time, which mixed tight Brazilian playing with a soulful sense of California production. With the cuts "Simbora", "Toledo Bagel", "Ritmo Number One", and "Berimbau Variations".  © 1996-2023, Dusty Groove, Inc.
(Early 90s OJC pressing.)

Historia Da Musica Popular Brasileira (12 inch LP & booklet)
Abril Cultural (Brazil), 1982. Near Mint- Gatefold
LP...$11.99
Very cool! This is the second pressing of this Edu Lobo "best of" – and like the first, it includes an excellent booklet of writings and photos – but unlike the first, this is a 12" LP, so it's actually got more songs. As with the others in this series, the album ... LP, Vinyl record album

Work Of Love
Nucleus, 1967. Sealed
LP...$0.99
A light and dreamy set of Brazilian vocal tracks – recorded in 1967, and featuring the voice of singer Lenita Bruno, a strong 60s talent with a style that's somewhat like Sylvia Telles. Arrangements on the set are by Clare Fischer – who plays piano, organ, and electric harpsichord in a ... LP, Vinyl record album

Roberto Nascimento
Tapecar (Brazil), 1975. Near Mint-
LP...$11.99
A wonderful little album – sweet jazzy MPB from Roberto Nascimento, a lost record that we're very happy got reissued! We'll be honest and say that we didn't know anything about this one in the past – but we really enjoy the record for its warm grooves and gently soulful vocals. The ... LP, Vinyl record album