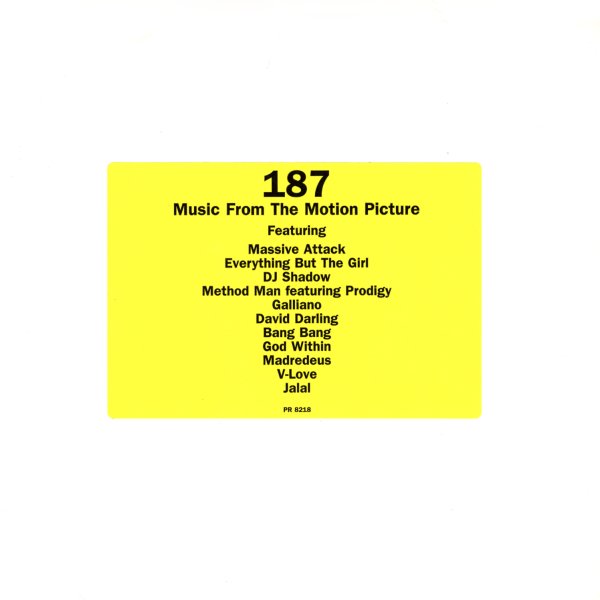 187 - Music From the Motion Picture

Soundtrack from the movie 187 starring Samuel L Jackson, which honestly we remember nothing about, but we can say that about most of the films with hip hop related soundtracks. A bit of an odd one – mostly typical score instrumental tracks, but also featuring Method Man "Release Yo Delf (Prodigy rmx)", DJ Shadow "Stem", Everything But The Girl "Flipside", and Massive Attack "Karmacoma" and "Spying Glass".  © 1996-2021, Dusty Groove, Inc.
(Out of print, promotional stamp on booklet cover.)