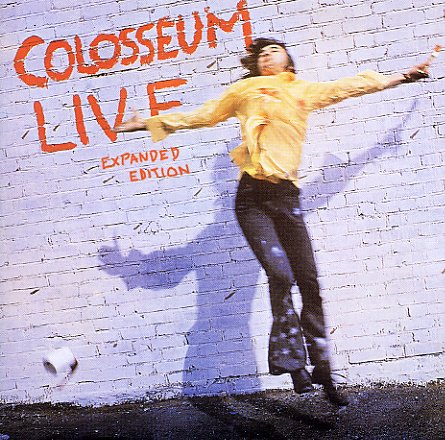 Maybe the best album ever from this seminal British jazz rock combo – a record that really has the group stretching out in the expanded space of a concert setting! Colosseum were already one of the best groups to mix jazzy currents and heavy rock modes – but they really set a fire with this brilliant live album – which really gave the group plenty of room to show off their instrumental chops! Immediate Records star Chris Farlowe is on vocals – but the real charm of their sound comes from the tenor and soprano sax work of Dick Heckstall Smith, the Hammond and vibes of Dave Greenslade, and the heavy drums of Jon Hiseman – who really keeps things in the pockage, and provided more than a few funky passages on the album. Titles include "Lost Angeles", "Rope Ladder to The Moon", "Walking In The Park", and a version of Michael Gibbs' "Tanglewood 63".  © 1996-2021, Dusty Groove, Inc.