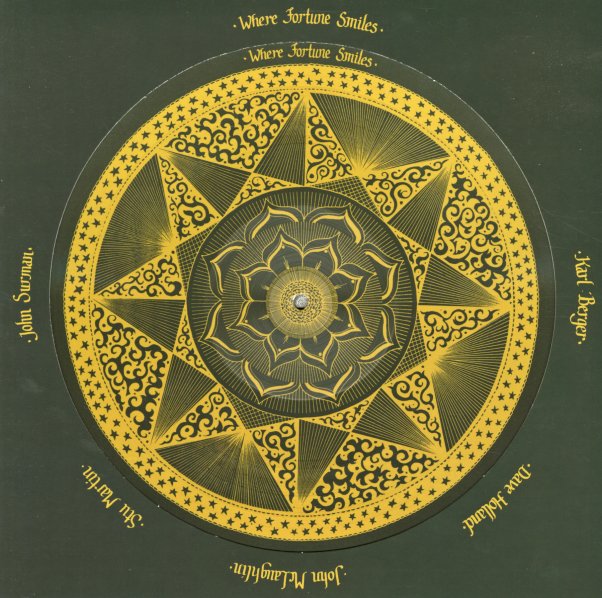 A groundbreaking early album from guitarist John McLaughlin – a set that's a bit different than his more famous work of the mid 70s – with maybe a more avant approach, and a lot more bite as well! The set's really an equal collaboration, rather than just a McLaughlin session – although it's become known as such, since the guitarist is the most famous musician – amongst a fantastic lineup that includes John Surman on reeds, Karl Berger on vibes, Dave Holland on bass, and Stu Martin on drums – all working in a freewheeling mode that's a lot like some of Surman's Trio records on the Dawn label from the same time! Surman is especially great here – adding in soulful currents at some spots, freer lines at others – and it's great to hear the tones of McLaughlin's guitar balanced against Berger's vibes. Titles include "Glancing Backwards", "Earth Bound Hearts", and "Where Fortune Smiles".  © 1996-2022, Dusty Groove, Inc.