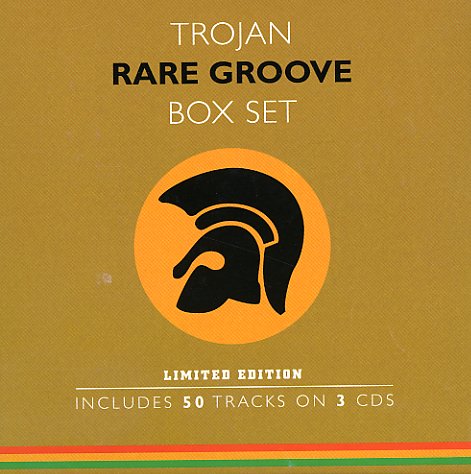 50 whopping great tracks from the best years of the Trojan label! This set concentrates on the early 70s – and it features a lot of great little tracks that don't always show up on other reissues. Titles include "Slippery" by Crystallites, "Help Wanted" by Stranger Cole, "Can You Keep A Secret" by Big Youth, "Clappers Tall" by I Roy, "Doctor Seaton" by Aggrovators, "Rhythm Pleasure" by Jerry Lewis, "Uganda" by Herman, "Bongo Man" by The Linkers, and "African Breakfast" by Bongo Herman. Tons more at a price that can't be beat!  © 1996-2021, Dusty Groove, Inc.
(Out of print. Box has some light wear, but this is a nice copy overall.)