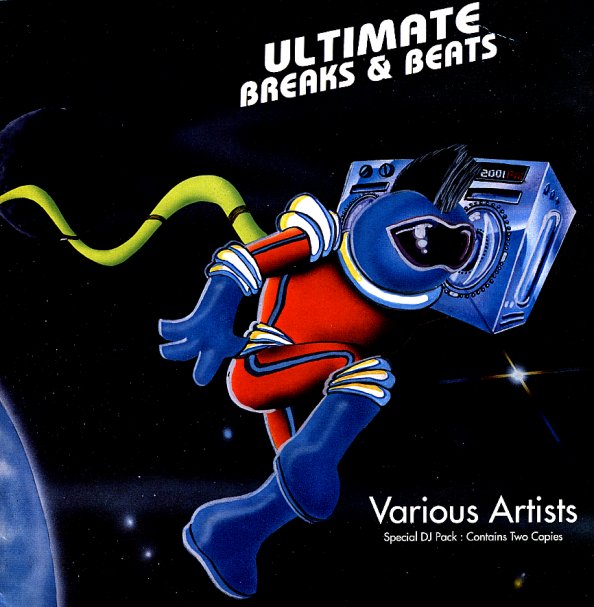 One of the best-remembered of the classic Ultimate Breaks & Beats titles – a sublime assortment of funky tracks, many of which were crucial to the early sound of hip hop! 6 classic tracks: "Got To Be Real" by Cheryl Lynn, "Apache" by the Incredible Bongo Band, "Dance To The Drummer's Beat" by Herman Kelly & Life, "Give It To You" by UPP, "Bongo Rock" by the Incredible Bongo Band and "Pussy Footer" by Jackie Robinson – the last 2 featuring extended break sections.  © 1996-2023, Dusty Groove, Inc.
(Blue label pressing. Cover and labels have a name in marker.)