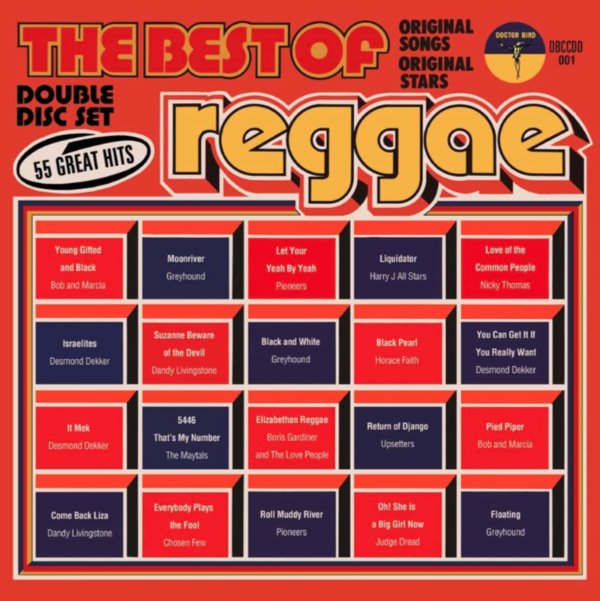 Best Of Reggae (with bonus tracks)

Forget the cheapo look of the cover, as the set's a classic batch of gems from the Trojan Records catalog – 2CDs worth of material, with 55 titles that go way past the obvious hits – served up in a great mix of rocksteady and early reggae modes, and filled with the kind of tunes that instantly bridged the space between Kingston and London at the end of the 60s! The package takes off from a mainstream Trojan set from back in the day, and offers the much deeper dig that we love from the Doctor Bird label – tunes that make the whole thing more of a journey of discovery than you might guess from the simple statement of the title. Tracks include "Build It Up" by Tito Simon, "Sweet Sensation" by The Melodians, "This Is Reggae Music" by Zap Pow, "Floating" by Greyhound, "Black Pearl" by Horace Faith, "Liquidator" by Harry J Allstars, "Elizabethan Reggae" by Boris Gardiner & The Love People, "I Need Your Sweet Inspiration" by The Pioneers, "Red Red Wine" by Tony Tribe, "Think About That" by Dandy Livingston, "Down In The Boondocks" by Delroy Williams, "Reggae From The Ghetto" by John Holt, "Yesterday Man" by Nicky Thomas, "Who's That Lady" by Paris Connection, and lots lots more!  © 1996-2022, Dusty Groove, Inc.