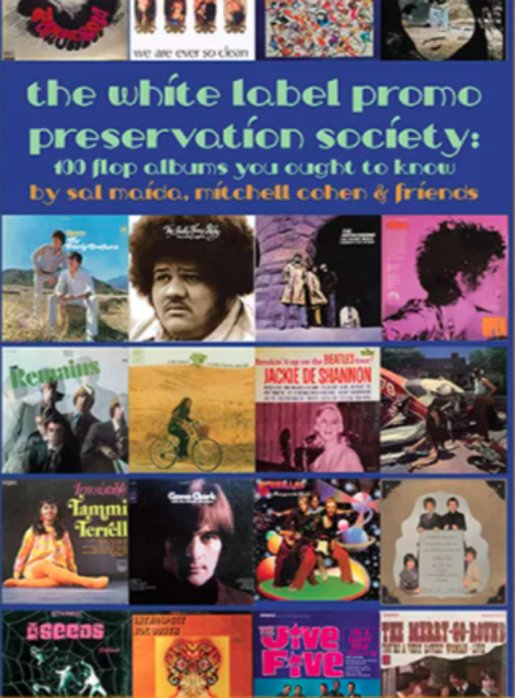 A really great idea for a book on records – and one that's completely different than most that we've seen before! Unlike other books of this nature, which are filled with "essential" or "classic" records – this book is full of flops, or records that never really hit the heights, but which are pretty darn great overall! In the eyes of the authors – and our eyes too – all of these records are under-acknowledged gems – some by big names, others by more obscure artists – lots of which never got their full due at the time. The book is filled with some of our favorite records of all time – which is a big hats off to the long list of contributors, who include Miriam Linna, Steve Shelly, Peter Holsapple, Russ Titelman, Marshall Crenshaw, Bob Irwin, Lenny Kaye, and many others – who've come up with a set of essays on titles that include The Living Legend by Baby Huey, Gene Clark & The Gosdin Brothers, Continued by Tony Joe White, Delta Sweete by Bobby Gentry, Entertainment by Family, Desertshore by Nico, Young Mod's Forgotten Story by The Impressions, Roots by The Everly Brothers, Rock Bottom by Robert Wyatt, and lots lots more! The book is filled with records that we love, and that we'd now call classic – served up in a hefty softcover edition that's almost 400 pages in length, with black and white images throughout.  © 1996-2023, Dusty Groove, Inc.

Keeper Of The Code – Paintings 1963 to 2022
Corbett vs. Dempsey, 2023. New Copy
Book...$36.99 40.99
A long-overdue document of the artistic activity of Roscoe Mitchell – best known to most as a key member of both the AACM and Art Ensemble Of Chicago as a jazz musician, but a surprisingly accomplished painter too! Mitchell's artistic career is captured here in both distant chapters – ... Book