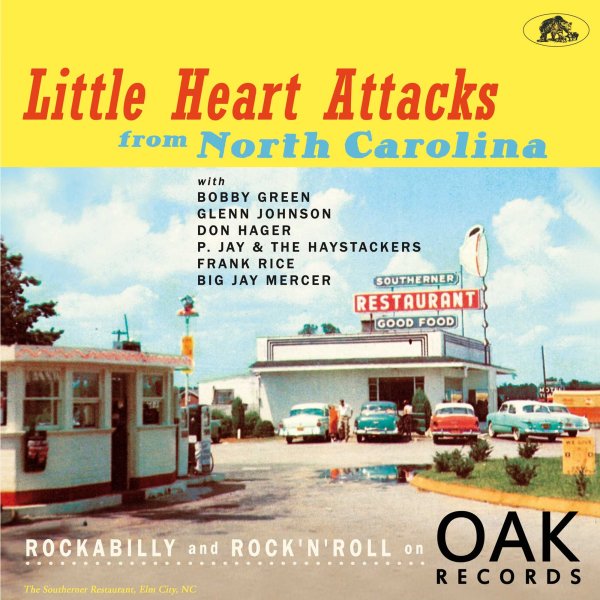 A very cool little package – one that comes in a 10" record jacket, features a 10" record, and also a bonus booklet of notes and a CD with lots more music too – all to document the ultra-rare Oak Records label – a small company that put out some real killers at the end of the 50s! Oak was a tiny imprint way out in tobacco country in North Carolina, but they had a great ear for some homegrown talent who really knew how to knock a tune out in the studio – the kind of cuts that would leap right from the grooves of an indie 45, at a level that's made these gems some top-shelf treasures for collectors over the years. The package features 12 tracks on the LP, 25 on the CD, and comes with a full color booklet of notes and images, telling the Oak Records story – alongside cuts that include "My Honey My Honda" by Frank Rice, "Haystack Rock & Roll" by P Jay & The Haystackers, "Little Heart Attacks" by Glenn Johnson & The Acorns, "Sweet Thing" by Bobby Green & The Sportsmen, "Run Here Honey" by Glenn Johnson & The Acorns, "Liza Jane Bop" by Don Hager & The Hot Tots, "Dr Nack's Tom Cat" by Frank Rice, "Bermudas" by Big Jay Mercer, "Little Heart Attacks" by Bobby Green & The Sportsmen, and "Sure Is A Cryin Shame" by Big Jay Mercer.  © 1996-2022, Dusty Groove, Inc.