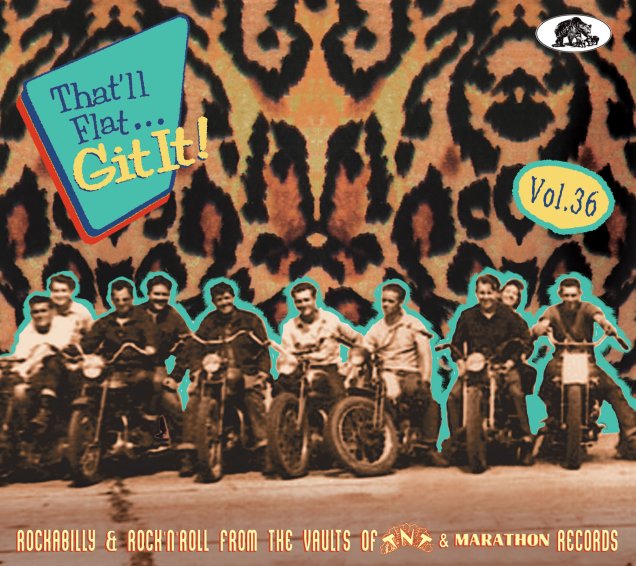 Searing rockabilly work from the Texas scene of the late 50s – all work that came from the powerhouse TNT label out of San Antonio, and the related Marathon Records too! These cuts aren't country twangers, and are instead definitely the kind of raw early rockers that this series does such a good job of tracking down – really wonderful numbers that we never would have heard otherwise, and which explode with the same sort of energy that must have made them fantastic to hear from some backroom jukebox in a small corner tavern! As with the other volumes, there's very detailed notes within, and label scans too – the kind of package that makes this series such a great antidote to some of the more random rockabilly compilations out there. Titles include "China Doll" by Ray Stone, "Here I Come" by Jimmy Dee & The Offbeats, "Catapiller" by Ray Campi, "Set Me Free" by Bill Morrison, "I Love Her" by The Blue Notes, "One More Time" by The Traits, "Pink Bow Tie" by Jerry Dove & His String Dusters, "Duck Tail Cat" by Dan Virva & The Flying D Ramblers, "Trapped" by Cecil Moore & The Notes, "Living Myself To Death" by Chuck Goddard, "I Want You To Love Me Tonight" by Ray Liberto, and "Truck Drivers Special" by Lonnie Lille.  © 1996-2022, Dusty Groove, Inc.