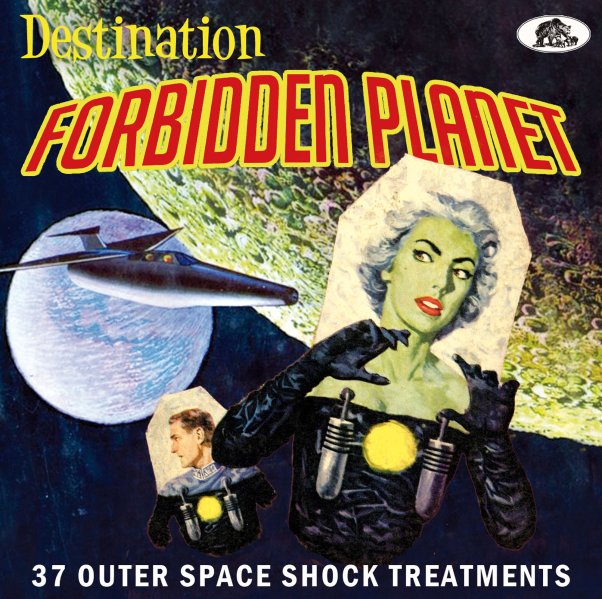 Cool space songs in all sorts of styles – raw rockers, swinging vocal numbers, and even some cool instrumentals that have all sorts of weird sound effects and spacey modes – brought together here in a wonderfully overstuffed package! We've loved the other releases in the Destination series from Bear Family – but somehow the addition of postwar space age modes really sends things over the top here – as the tunes explode with all sorts of weird instrumental, lyrical, and production touches – even when the music comes from bigger-name artists! There's a few movie trailers thrown in the mix, but most of the set is from rare singles – and includes 37 tracks in all – including "The Screamin Meemies From Planet X" by Merv Griffin, "Destination Twenty One Hundred & Sixty Five" by The Cues, "Spaceship Boogie" by Winifred Atwell, "Planet Named Desire" by Billy Mize, "Rock-et" by Teacho & His Students, "Detomic Orbit" by Dave & The Detomics, "Red Planet Rock" by Don Lang & His Frantic Five, "Moon Rocket" by Dean Hightower, "Guitars In Space" by Billy Mure, "Visitor From Space" by Dick Jacobs, "Flying Saucer" by Freddy Sunder, "The Thing" by Bill Buchanan, and "Jupiter C" by Pat & The Satellites.  © 1996-2022, Dusty Groove, Inc.