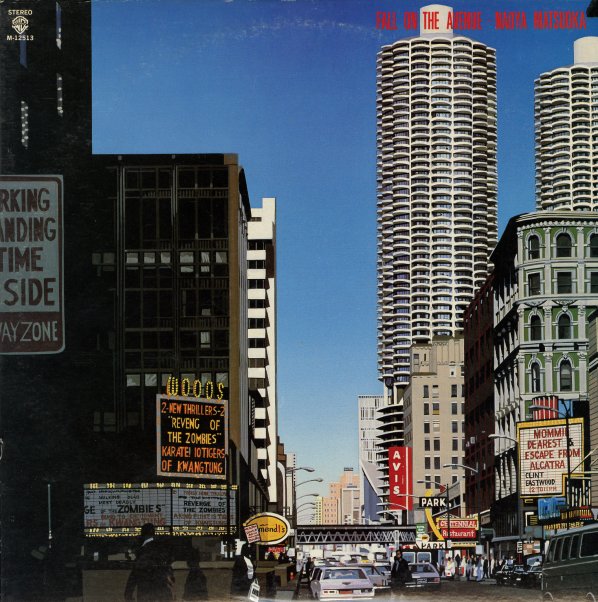 Fall On The Avenue

Back On The Block
Quest/Warner, 1989. Near Mint-
LP...$9.99
One of the last really all-star sets from Quincy Jones – and a record that reprises the format of some of his big records of the 70s – like Mellow Madness or Body Heat – in a way that has Quincy surrounding himself with top-shelf artists of all sorts, from jazz soloists, to hip ... LP, Vinyl record album

Classical Current – Electronic Excursions
Warner, 1969. Near Mint-
LP...$39.99
A wonderful record from guitarist Laurindo Almeida – way way better than the title might make you think, and quite different from his albums for Capitol! The album is subtitled "electronic excursions", and while it's not exactly electronic, it does feature Almeida soloing over some ... LP, Vinyl record album

Belo Horizonte
Warner, 1981. Very Good+
LP...$9.99
Beautiful later work from guitarist John McLaughlin – a record that moves heavily into a Brazilian-inspired vibe – not necessarily in the actual style of the music, but more in the sunny spirit that embraces the whole session! The album was recorded in Paris with airy backing that ... LP, Vinyl record album

La Catedral Y El Toro
Warner, 1977. Near Mint-
LP...$6.99 (CD...$6.99)
A mix of Latin modes and soulful fusion grooves – both of which make for an excellent album from the post-CTI years of reedman Joe Farrell! Joe plays soprano, tenor, and flute on the record – always with that well-crafted groove he first brought to jazz back in the 60s, working in a ... LP, Vinyl record album

Mahavishnu
Warner, 1984. Near Mint-
LP...$6.99 (CD...$10.99)
A very electric set from guitarist John McLaughlin – a date that has the leader playing a host of modern variations on the instrument, plus a synclavier as well – but always with the sense of creative imagination he brought to Mahavishnu work in years past! There's some slight ... LP, Vinyl record album

Larry Carlton Strikes Twice
Warner, 1980. Very Good+
LP...$6.99
Larry Carlton looks a little cheesy on the cover of this one, but the album's a classic set of mainstream fusion from the start of the 80s – exactly the kind of record that made Carlton one of the standouts of the time! Larry actually sings a bit on the set, but the main focus is on his ... LP, Vinyl record album

Larry Carlton
Warner, 1978. Near Mint-
LP...$9.99
With Greg Mathieson on keys, Abraham Laboriel on bass, Jeff Porcaro on Drums, and Paulinho Da Costa on percussion. Titles include "Room 335", "Point It Up", "Rio Samba", "I Apologize", and "Don't Give It Up". LP, Vinyl record album