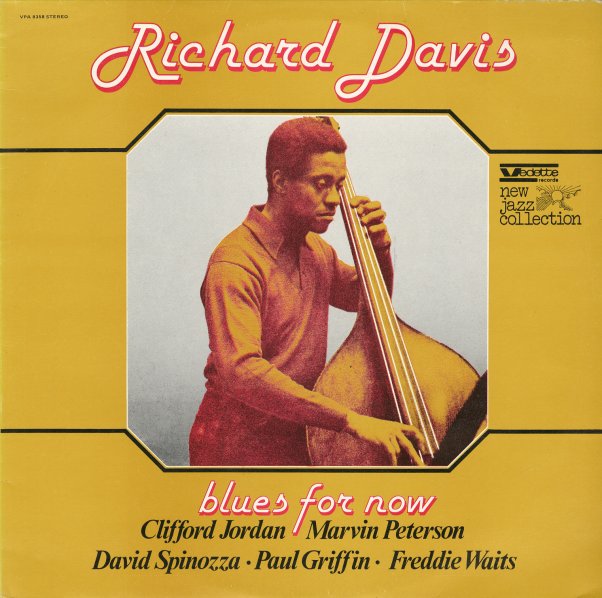 Blues For Now (aka Dealin')

One of the few albums that Richard Davis ever cut as a leader, and a nice one! Despite the fact that Davis played on many many many sessions over the years, few labels ever gave him a chance to explore his own creativity with a group of his own choosing. For this nice Muse session, he picked a good batch of soulful players that includes Clifford Jordan, Hannibal Marvin Peterson, and Paul Griffin – and he uses the players' full range of talents to come up with a very haunting array of tracks that includes "Sorta", "Sweet'n", "What'd You Say", and "Julie's Rag Doll".  © 1996-2021, Dusty Groove, Inc.
(Italian Vedette issue from 1977.)

Buddy Tate & The Muse All Stars

Fast Hands
Muse, 1980. Very Good+
LP...$11.99
A great date from the revival years of Johnny Lytle – his stretch for Muse Records at the end of the 70s, and a bit of a return to his soul jazz roots of the 60s! The tracks here are a bit longer than before, but they've got a similar sort of energy – a nice rhythmic undercurrent that ... LP, Vinyl record album

Bird Lives! (2nd cover)
Muse, 1973. Near Mint-
LP...$6.99
Charlie Parker may live again in the title of this set – but given the strengths of the group, the album would be great even without a reference to Bird! The setting's a bop one, as you'd guess – but there's also a lot more going on here too, given that some of the tunes are longer and ... LP, Vinyl record album