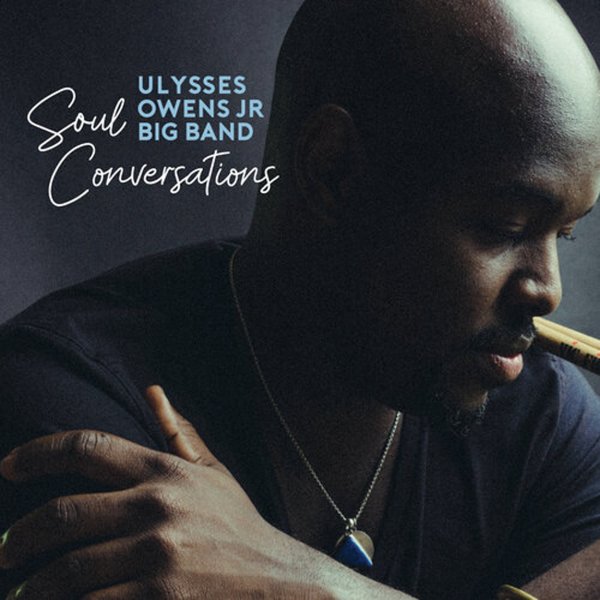 Ulysses Owens Jr
Outside In
Outside In (label)
Jazz (CD, LP)

Drummer Ulysses Owens leads a great ensemble here – a largeish group that he makes swing and soar throughout, driving the whole thing with the kind of fire that Kenny Clarke might have done in a similar setting! As with Clarke in his famous big band, Owens knows that the best sound will come from the group if he opens the door to all the many talents in the lineup – not just big names like Michael Dease on trombone, Stefon Harris on vibes, and Alexa Tarantino on alto – but also players like trumpeter Benny Benack, tenorist Diego Rivera, and bassist Yasushi Nakamura – who not only solo, but also bring their own arrangements to the group. There's a wonderful sense of individual spirit and color within the group – a very fresh take on this sort of territory – and titles include "Language Of Flowers", "Harlem Harlem Harlem", "Soul Conversations", "London Towne", "Red Chair", and "Beardom X" – plus a version of "Giant Steps".  © 1996-2021, Dusty Groove, Inc.

This Is Me This Is Us
Outside In, 2021. New Copy
CD...$12.99 14.99
Jalen Baker is a vibist, and he gets big props in the notes from Warren Wolf – which means a lot to us, as Wolf is one of our favorite contemporary players on the instrument! But it also looks like Jalen might be giving him a run for his money – as the young musician is also a hell of ... CD