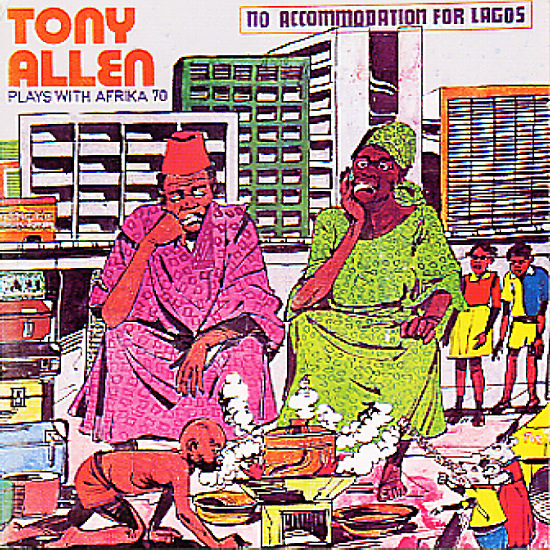 Fantastic stuff – and one of the records that made drummer Tony Allen a legend, and one of the key musicians to step out of the larger setting of the Afrika 70 group of Fela Kuti! Allen's the leader here, and the vibe is nicely a bit different than some of Fela's records – although the man himself also handles the production, and plays with the larger group too – giving the set a nice tie to Tony Allen's roots, but also really showing that strong sense of character that's made him such an interesting, continually evolving force over the decades! As with some of the classic Fela albums, each side of the album features a long track with a very righteous Afro Funk vibe – "No Accommodation For Lagos" and "African Message".  © 1996-2022, Dusty Groove, Inc.