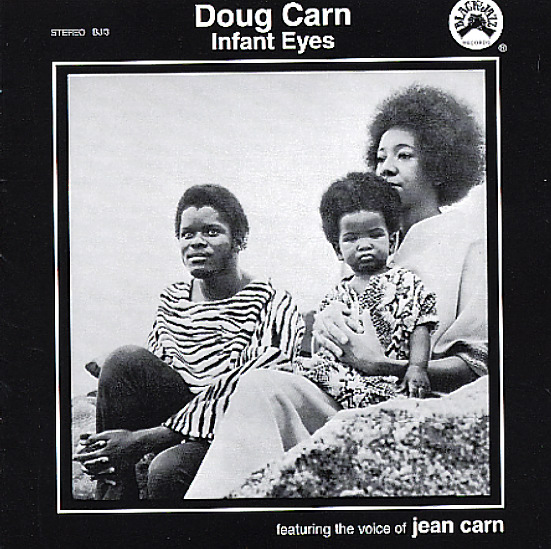 An undisputed 70s soul jazz classic – and arguably the best album that Doug Carn ever cut for the Black Jazz label! The set is a masterpiece of spiritual jazz – with Carn on keyboards setting up the groove, and wife Jean singing some incredible vocals – very different than her later soul work as a solo act, and with a vibe that's like Dee Dee Bridgewater at her soulful 70s best. Jean does a killer job with the album's classic vocal version of Bobby Hutcherson's "Little B's Poem" – done here with sweet lyrics that really open the song up a lot, and make it into an anthem of love and joy that we'd be hard pressed to match with any other tune! And all other tracks are great too – with titles that include "Moon Child", "Passion Dance", and a great version of Wayne Shorter's "Infant Eyes".  © 1996-2022, Dusty Groove, Inc.