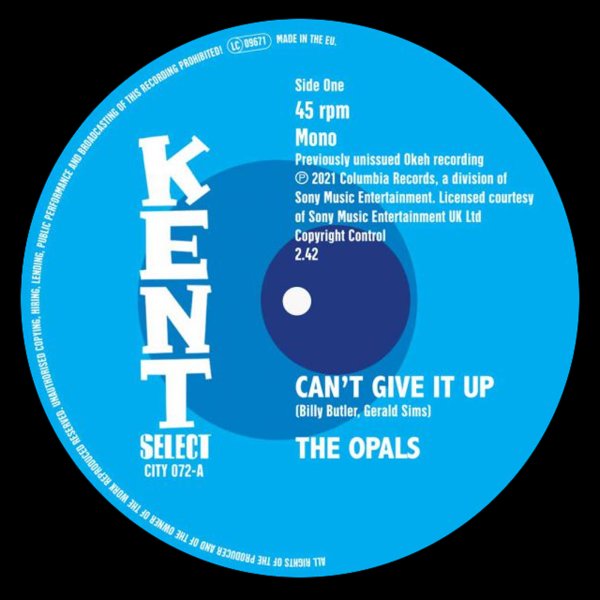 Can't Give It Up/End My Suffering

The Opals were a great Chicago area group who never cut many records while they were at the Okeh label – so this cut is an extra-special treat, as it's an unreleased number that has the trio working in this bad-stepping mode that's really outta sight! The harmonies soar nicely with the groove – and the flipside is also an unissued cut from the same time – one with this jazzy groove that really does great things with the vocals!  © 1996-2021, Dusty Groove, Inc.