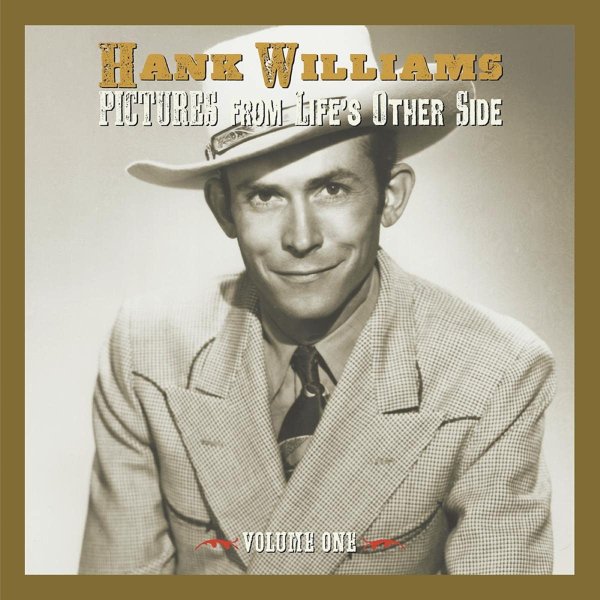 Pictures From Life's Other Side Vol 1

A key slice of work from the too-short career of the legendary Hank Williams – recordings he did for a regular radio show sponsored by Mother's Best Flour in Nashville during the year 1951 – a time when Hank was riding high with his talents, before leaving our planet all too soon! The work here is a nice change from some of Williams' studio records, and his other live performances – as there's a relaxed, easygoing quality that really gets at the kind of charms that set Hank apart from the rest – and which must have been wonderful coming into a home over a broadcast show like this! Because the show was regular, Hank didn't just perform his hits, but also handled a wider range of material – which makes the Mother's Best recordings so important to his catalog – as together, the tracks offer up almost as much as he recorded for MGM on record. This first volume features 49 tracks from the program – with titles that include "Nobody's Lonesome For Me", "Where The Old Red River Flows", "Cool Water", "Lonely Tombs", "I Saw The Light", "Seaman's Blues", "They'll Never Take", "Dear Brother", "Something's Got Hold Of Me", "When God Dips His Love In My Heart", "Calling You", "Move It On Over", "Alabama Waltz", and "Lord Build Me A Cabin".  © 1996-2021, Dusty Groove, Inc.

Santa Barbara Honeymoon (with bonus tracks)
EMI/Virgin (UK), 1975. New Copy
CD...$11.99
A real shift in modes for the legendary Bert Jansch – as you might guess from the sunny Santa Barbara on the cover – which is a long way from the rainy roots of Bert's music in the UK! Jansch steps out here as maybe more of a singer than before, but still gets in plenty of his amazing ... CD