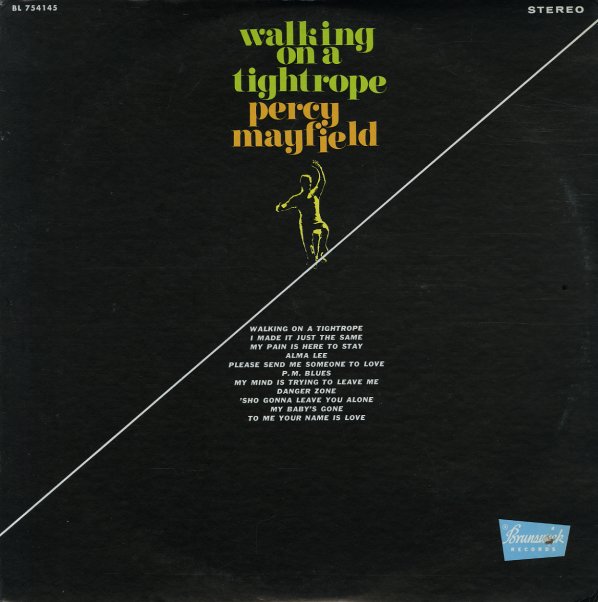 Walking On A Tightrope

Great work from R&B legend Percy Mayfield – one of the singer's most obscure sessions, and really more of a soul record overall! The album was done for Brunswick at the end of the 60s – and has lots of work from Chicago soul arrangers like Johnny Cameron and Willie Henderson – both of whom give the set a nice sort of west side kick, with a groove that's somewhere in between Syl Johnson and Tyrone Davis! Mayfield's vocals definitely still hang onto an older school of singing – but the arrangements can't help but update his groove – and a number of the tracks have this great funky crackle at the bottom that's a mighty nice surprise. Titles include "I Made It Just The Same", "Alma Lee", "My Baby's Gone", "To Me Your Name Is Love", "PM Blues", and "Danger Zone".  © 1996-2022, Dusty Groove, Inc.