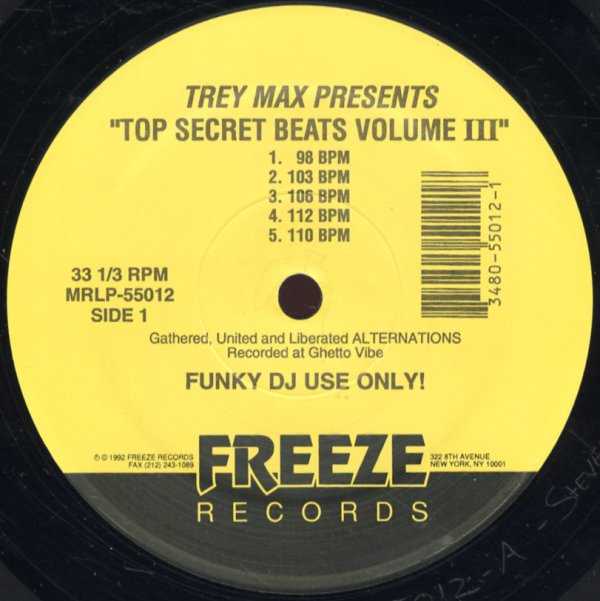 Stripped down beat tracks, some of them just drums, some of them drums plus a loop or two. Identified only by their BPMs, no titles, 10 tracks in all.  © 1996-2021, Dusty Groove, Inc.
(In a stickered sleeve with some light wear.)