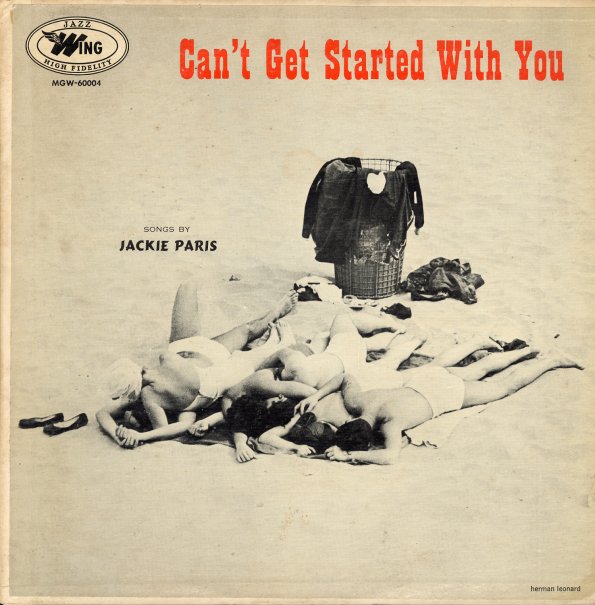 Can't Get Started With You (aka Songs By Jackie Paris)

One of the first albums ever cut by Jackie Paris – an excellent male singer from the 50s, of the same generation as Mark Murphy and Bobby Troup, but who unfortunately never made a name as big as either of those two. This set has Jackie singing with arrangements by Manny Albam – fairly bright and full, but with some dark and modern touches that set the record apart from most of the male vocal sessions of the 50s we can think of. Jackie's his own man – not one to lapse into romantic cliches or overdone emotion – with a simple jazz-based approach that reminds us of Roy Kral or Joe Derise. Tracks on the set include "Strange", "Whispering Grass", "Heart Of Gold", "I Can't Get Started", "Goodnight My Love", and "Cloudy Morning".  © 1996-2021, Dusty Groove, Inc.
(Cover has some light wear and a bit of seam splitting, but is nice overall.)