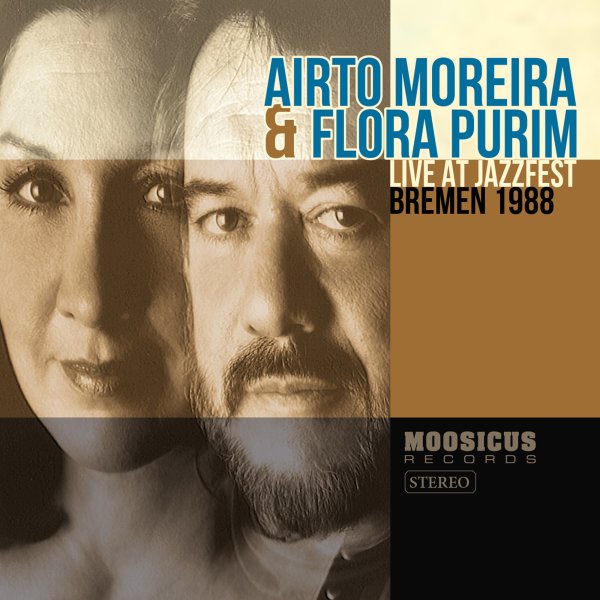 A later live set from the legendary Brazilian duo of Flora Purim on vocals and Airto on percussion – but a set that's every bit as strong as some of the best work they cut together in the 70s! The vibe here is nice and lean – as the group's just a quintet, with Gary Meek on tenor, Robert Harrison on bass, and Marcos Silva on some great keyboards – which leap, soar, and swell along with Flora's wonderful vocals – spun out in that mix of scatting, vocalese, and lyricism that's always made her such a dynamic, important artist in the history of both jazz and Brazilian music. Titles include "Garimpo", "Dona Olimpia", "Colo De Rio", "Fancy Talk", "Brazilian People", "I'll Be Here", "Struck By Lighting", and "Improvisation No 1 & 2".  © 1996-2021, Dusty Groove, Inc.