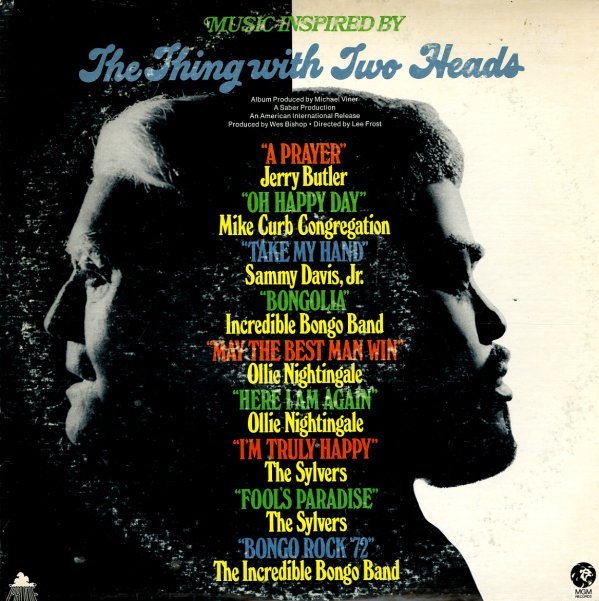 We're not sure how much of this music was actually used in the crazy movie about a man with two heads from two races (white and black, natch – and starring Rosie Grier and Ray Miland), but it was produced by Michael Viner (then head of the hip Pride/MGM soul imprint), and includes two great tracks from his Incredible Bongo Band ("Bongolia" and "Bongo Rock"), plus two Ollie Nightingale cuts ("Here I Am Again" and "May The Best Man Win") and two Sylver's cuts (including the break classic "Fools Paradise".) Sammy Davis Jr. and Jerry Butler contribute two other great tracks (Butler does "A Prayer", one of his best 70's tracks), and the whole thing's a groovy comp of stuff on the MGM/Pride label!  © 1996-2021, Dusty Groove, Inc.
(Cover has a cut out hole in one corner, but this is a nice copy overall.)