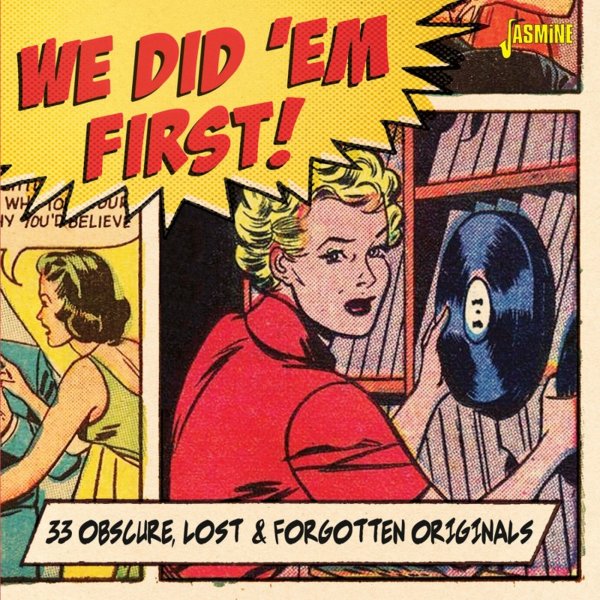 Famous hits, but in versions that you might not recognize – as they're the original recordings of the tunes, some of which are a lot more obscure than the bigger later versions! The package is a great romp through a range of different styles – rock, soul, and a little bit more – all from the glory days of the 7" single, when all sorts of artists were trying out all sorts of great material – so much so that even gems like these didn't always hit the charts! Consider the whole thing as a great "whodunit" of rock and roll – with a set list of 33 titles that includes "I Found You" by Yvonne Fair, "Pony Time" by Don Covay, "The Pale Faced Indian" by Marvin Rainwater, "Last Kiss" by Wayne Cochran, "Come Tomorrow" by Marie Knight, "Rave On" by Sonny West, "Johnny Angel" by Georgia Lee, "He's A Rebel" by Vikki Carr, "Ring Of Fire" by Anita Carter, "I Wanna Go Home" by Billy Grammer, "I'm All Shook Up" by David Hill, "Endlessly" by Johnny Ray, "Go Away Little Girl" by Bobby Vee, and "Whole Lotta Shakin Goin On" by Big Maybelle.  © 1996-2021, Dusty Groove, Inc.