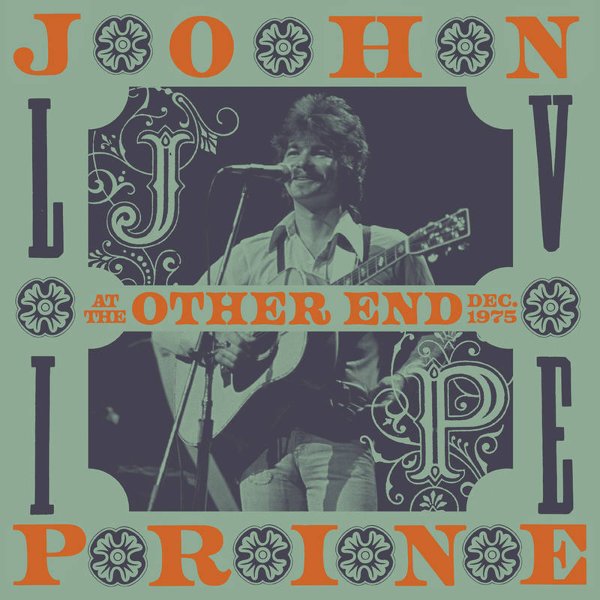 Never-issued material from the great John Prine – recorded towards the end of his Atlantic Records years, at a time when the label was clearly going to give the world a demonstration of Prine's many charms in a concert setting! Prine was, above all, the kind of artist who was maybe at his best when able to open up in the warmth of a welcoming audience – the kind that first supported him when he emerged from the Chicago club scene at the start of the 70s – and who are definitely in place here! The album features two full sets, but without any sort of repetition – and Prine delivers these wonderful versions of early Atlantic material, plus other tunes too – sometimes with spoken intros, and with guest help from Steve Goodman on two titles too. Titles include "Great Rain", "Often Is A Word I Seldom Use", "Flashback Blues", "way Down", "Spanish Pipedream", "Middle Man", "Saddle In The Rain", "Everybody", "Hello In There", "The Late John Garfield Blues", "The Accident", "Donald & Lydia", "Sour Grapes", "Common Sense", "The Torch Singer", "Mexican Home", "Illegal Smile", and "Sam Stone".  © 1996-2022, Dusty Groove, Inc.
(Limited edition!)