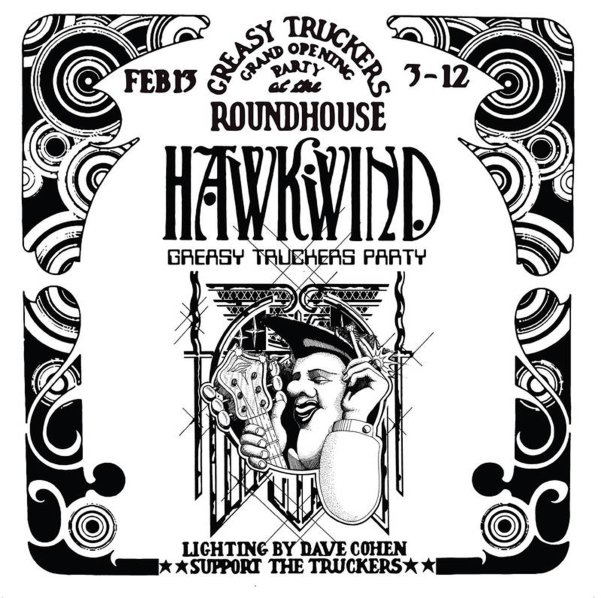 A massive live set from Hawkwind – recorded early in the group's career, at a time when they were maybe at their space rock height – playing a concert gig as part of a special party in the UK! There's a really sinister vibe to the tracks – maybe because of the live setting, which somehow makes things sound more brooding and moody than usual – while the group tear through tunes that include "Brainstorm (jam)", "Welcome To The Future", "Born To Go", "Awakening", "You Shouldn't Do That", "This Is Your Captain Speaking", "Paranoia", and "Master Of The Universe". Features bonus tracks – "Master Of The Universe (orig 1972 LP mix)" and "Born To Go (orig 1972 LP mix)".  © 1996-2021, Dusty Groove, Inc.