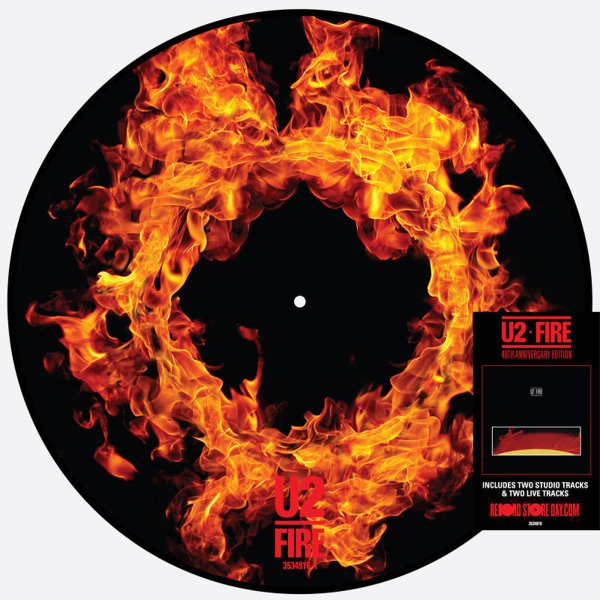 U2's classic track "Fire" – served up here in the original studio version, plus two more live recordings from 1982! The single also features "J Swallow" – and the whole thing's got a vintage image of the band on the back that's even cooler than the image on the front!  © 1996-2021, Dusty Groove, Inc.
(40th Anniversary picture disc!)

Yuletide Throwdown (orig, Cut Chemist rmx, Cut Chemist radio) (hot pink vinyl pressing)
Capitol, 1981. New Copy
12-inch...$24.99 29.99
A totally great cut from the glory days of Blondie – originally issued in 1981 only as a flexidisc, but every bit the same sort of hip hop groove as their classic "Rapture"! In fact, this cut might be even more of a hip hop cut – as it features Debbie Harry rapping alongside ... 12-inch, Vinyl record