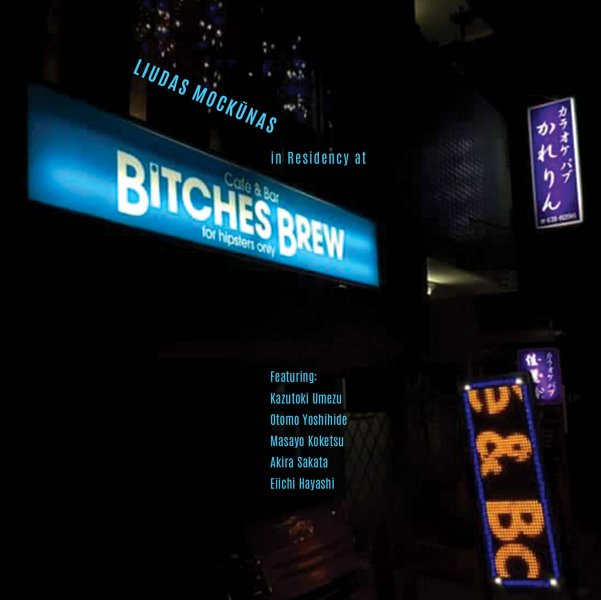 In Residency At Bitches Brew

Bitches Brew is the club, not the sound of the music – a night spot in Yokohama where European reedman Liudas Mockunas improvised these performances in the company of a range of different Japanese players! The lineup shifts with each track, as do the horns handled by Mockunas – who blows tenor and soprano sax – plus a very cool "water prepared soprano sax" – in the company of Akira Sakata on clarinet and alto, Masayo Koketsu on alto, Eiichi Hayashi on alto, Yoshihide Otomo on guitar, and Kazutoki Umezu on bass clarinet, alto, and soprano! All tracks are nice and long, and filled with the sort of sharp reed interplay you'd know from both the music of Mockunas or Sakata – on titles that include "Brown Line", "Green Line", "Red Line", "Blue Line", and "Yellow Line".  © 1996-2021, Dusty Groove, Inc.