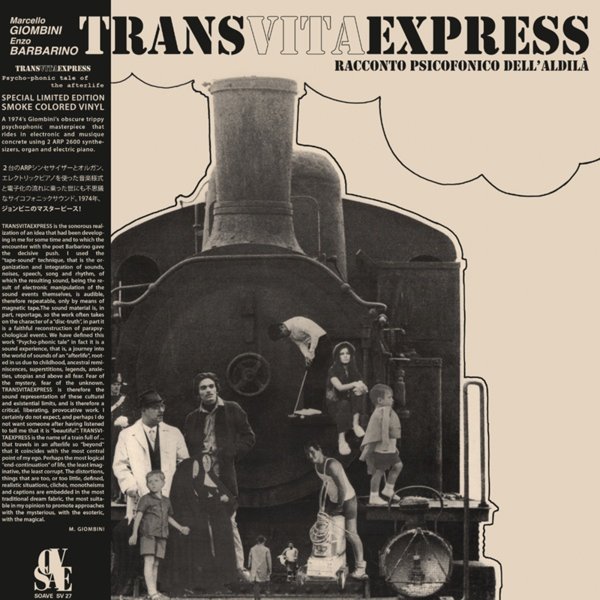 A really wild bit of sound library work from this Italian duo – a set that almost feels more like an experimental radio art piece than the usual sorts of records from the scene – given the advanced use of electronics, and the mixture of spoken parts with very offbeat sounds! Most of the work comes from an Arp 2600, electric piano, and Eminent Organ – handled by Giombini – mixed with some slight classical guitar, but which is layered in the larger sonic landscape, which is often quite processed and abstracted – mixed with some spoken bits that move in and out of the mix. The whole thing works best as a whole – but individual passages include "La Terra", "Transvita Express", "La Stazione", "La Partenza", "Termina", "L'Annuncio", and "Fuori".  © 1996-2022, Dusty Groove, Inc.
(Limited edition smoke colored vinyl pressing!)