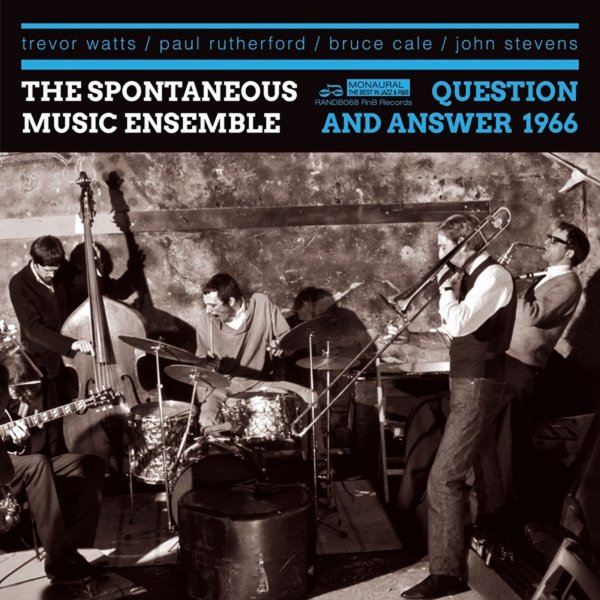 Amazing early work from the Spontaneous Music Ensemble – the legendary British improvising group who sound every bit as groundbreaking here as they did on their albums to come a few years later! The music is from a key moment in the group's history – as drummer John Stevens was gathering together players who would help carve out some of the most important jazz on the UK scene in years to come – working here in a long live set with Trevor Watts on alto, Paul Rutherford on trombone, and Bruce Cale on bass – then on a few tracks done in the studio with just Watts and Cale, on which Stevens plays glockenspiel too. Titles include "Judy's Smile", "Give Me That Old Time Perversion", "You Can Be Happy", "Themeless Improvisation", "Day Of Reckoning", "Little Red Head", and an "Unknown Title".  © 1996-2021, Dusty Groove, Inc.