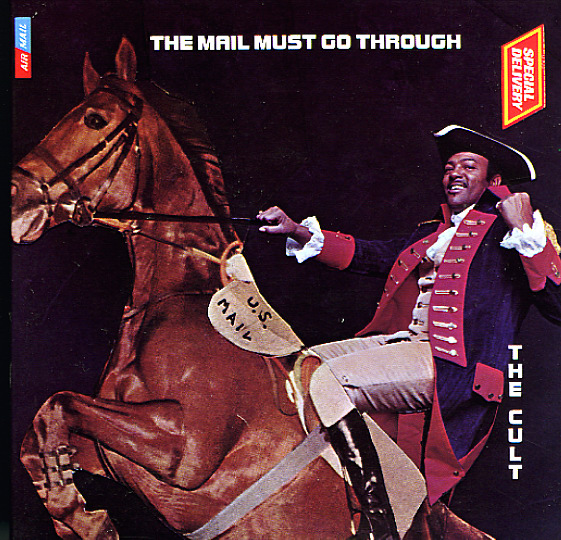 Mail Must Go Through

A Bicentennial groover from The Cult – not the goth group of the 80s, but a funky west coast outfit with plenty of funk! There's a bit of an indie club vibe here, mixed in with the group's riffing and strutting rhythms – which creates a feel that's somewhere in the territory of the best P&P Records funky moments of the 70s – although with perhaps a bit of a Cali twist in the production, yet never one that's slick or uptight at all! Vocals are somewhat oddly recorded, almost flatter than the vocals – but that aspect also makes the album stand out nicely – as it's clearly not trying to cop any commercial competition, and instead is really going for its own vibe. Titles include "Back Pay", "It's Time", "Don't Give Up", "The Cult Theme", "The Rider", and "The Mail Must Go Through".  © 1996-2021, Dusty Groove, Inc.

Easy Going
Banana/Full Time (Italy), 1978. New Copy (reissue)
LP...$22.99 29.99
There's nothing easygoing about this sweet little record – as the set comes on full and fierce, with a strong clubby groove right from the start – thanks to some soaring arrangements from maestro Claudio Simonetti! The record's got that great vibe of some of the Euro club work of the ... LP, Vinyl record album