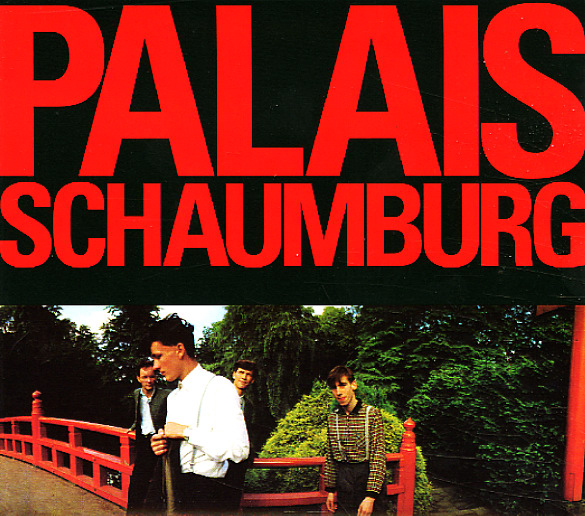 The first album by Palais Schaumburg – and easily the hardest set the group ever recorded – a really mad batch of rhythms that comes off with raw post punk energy! At some level, the group share a lot with some of their post-prog German contemporaries – some of the noisy elements of Einsturzende Neubauten, the hypnotic grooves of Die Krupps, or the playful electronics of Pyrolator – yet at another level, Palais Schaumburg also remind us a lot of the arty, dubby groups of the UK scene at the time – with the basslines up a fair bit in the mix, and cold-toned lyrics that snap along with the skittish rhythms amidst the occasional flurry of horns – almost in a space between The Slits, Rip Rig & Panic, and the more experimental pre-country years of The Mekons. Great stuff all around – very ripe for rediscovery today – with tracks that include "Die Freunde", "Wir Bauen Eine Neue Stadt", "Gute Luft", "Grunes Winkelkanu", "Morgen Wird Der Wald Gefegt", "Madonna", and "Eine Geschichte".  © 1996-2022, Dusty Groove, Inc.
(Hand-numbered limited edition of 500 – on red vinyl!)