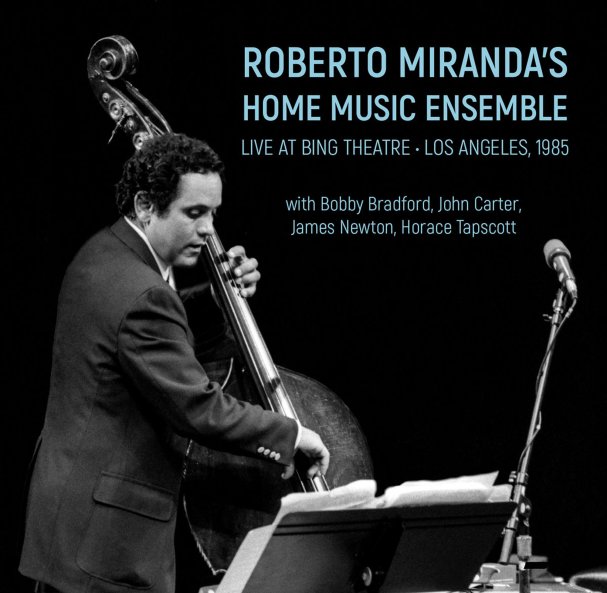 A never-issued live performance from the Nimbus Records scene in LA – a spiritual gem that features bassist Roberto Miranda in the lead, working with some key other players from the city at the time! Miranda's always been one of the secret heroes of the underground west coast scene – a bassist and percussionist whose talents graced some really great records, even if he barely recorded as a leader on his own (a few great records on Nimbus) – and his leadership here is maybe more of that as a creative collaborator, helping to bring together Bobby Bradford on cornet and trumpet, John Carter on clarinet, James Newton on flute, and Horace Tapscott on piano! Some numbers have a fair bit of added percussion, some in the Latin mode – and the feeling of the set is nicely different than work led by Tapscott during the same period, and Carter and Bradford too – equally excellent, but with a very fresh side of their talents. Titles include "Agony In The Garden", "Dance Of Blessing Happiness & Peace", "Improvised Bass Solo", "Deborah Tasmin", "Faith", and "Platform For Freedom".  © 1996-2021, Dusty Groove, Inc.