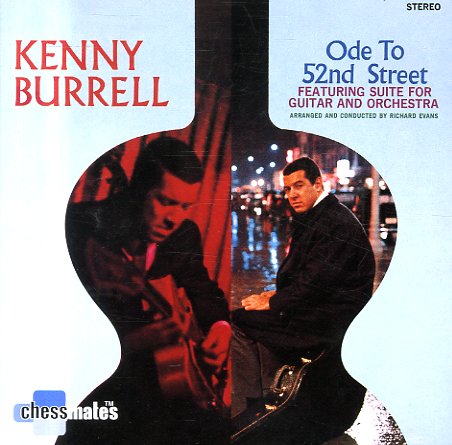 A really wonderful Chess/Cadet session from the 60s – not the bop-styled record you might expect from the 52nd Street reference in the title! Instead, the whole thing's more of a cool Chicago take on soul jazz – with these great large arrangements from Richard Evans, backing strong solos in the lead from guitarist Kenny Burrell – sounding wonderful here, almost in a Verve Records 60s mode – floating over the top of a variety of material, both mellow and upbeat, all very groovy! Side one features the extended "Suite For Guitar & Orchestra" – and side two features "I Want My Baby Back", "Soulero", "Con Alma", and "Blues Fuse".  © 1996-2022, Dusty Groove, Inc.
(SHM-CD pressing – part of the Kenny Burrell 90th Anniversary Collection!)