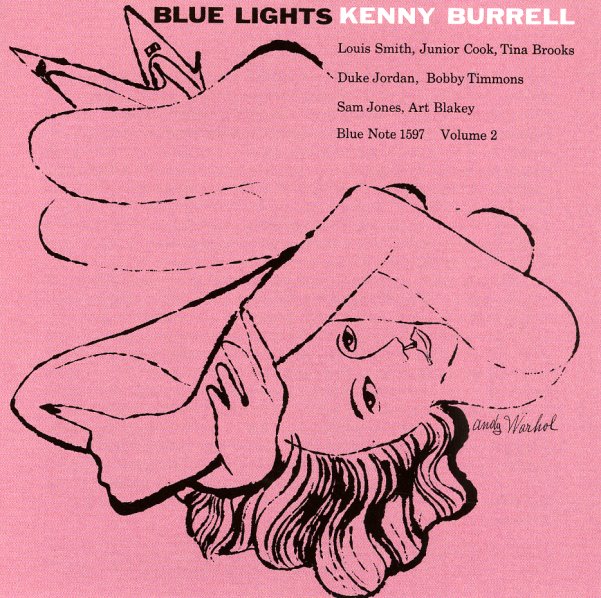 Some of Kenny Burrell's best early work! The album catches Kenny in the perfect Blue Note jam session mode of the late 50s – which features a number of the label's star players hitting hard with the main soloist. Players on the two volume set include Duke Jordan or Bobby Timmons piano, Junior Cook and Tina Brooks tenor, Louis Smith trumpet, and Art Blakey on Drums. The cuts have a very open-ended blowing session feel, and Kenny comes through surprisingly well, really picking up steam on a way you don't always hear in more restrained recordings. Titles on this volume include "Rock Salt", "Chuckin", and "Caravan".  © 1996-2022, Dusty Groove, Inc.
(SHM-CD pressing – part of the Kenny Burrell 90th Anniversary Collection!)

Kenny Burrell At The Five Spot Cafe
Blue Note (Japan), 1959. New Copy
CD...$18.99 (CD...$13.99)
One of our favorite albums ever from the great guitarist Kenny Burrell – a smoking live session, and one that's got a bit more of an edge than some of his other records from the time! Kenny's guitar still has that impeccable tone throughout – but it's also matched by some wonderful ... CD