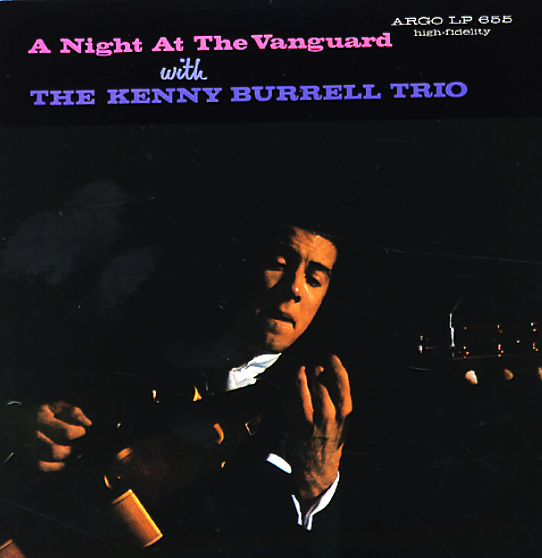 Night At The Vanguard (with bonus tracks)

A hip live date from Kenny Burrell – recorded with a trio that includes Richard Davis on bass and Roy Haynes on drums – both of whom help Kenny find a groove that's a bit lighter and more fluid than usual! The rhythms here are quite gentle, almost spare at times – and always touched with Haynes' great sense of lyricism. Kenny's guitar lines are right out front, freely flowing with plenty of warm chromatic hues, and styles that echo a bit more modernism than we've heard in other work of his from the late 50s. Titles include "Well You Needn't", "Trio", "All Night Long", and "Soft Winds".  © 1996-2021, Dusty Groove, Inc.
(SHM-CD pressing – part of the Kenny Burrell 90th Anniversary Collection!)