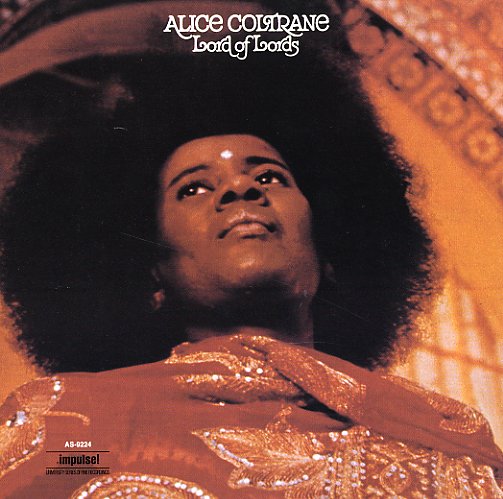 Beautifully high concept work from Alice Coltrane – the kind of record you'd use to announce the arrival of a new king – or lord, for that matter! The record features Coltrane at the head of a large group of string players – creating a full, rich sound that serves as the backdrop for the core group of musicians – a trio that features Alice on piano, organ, and harp, plus Charlie Haden on bass and Ben Riley on drums and percussion. The tracks are long, and at times very dark – extremely powerful in their sound, and with a sense of hope, life, and majesty that's extremely inspiring! Titles include "Sri Rama Ohnedaruth", "The Firebird", "Lord of Lords", and "Going Home".  © 1996-2022, Dusty Groove, Inc.
(SHM-CD pressing!)