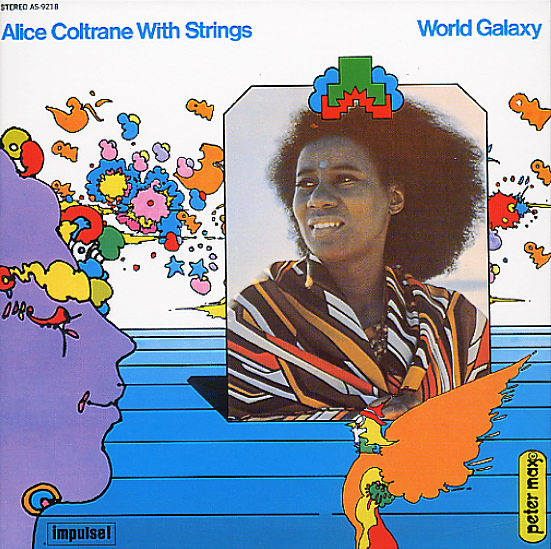 One of Alice Coltrane's most ambitious albums of the early years – recorded with a full set of heavenly orchestrations! The core group features Alice on piano, organ, and harp – alongside Frank Lowe on saxes, Reggie Workman on bass, Leroy Jenkins on violin, and Ben Riley on drums. Added to this combo is a much larger set of strings – swirling around in a rich musical backdrop that gives Alice's work a sense of majesty and power we could have never imagined. This is the album that really showed the world that she was far far more than just the wife of the late great one – a true mystical visionary with a sound that demanded to be heard! Side 2 features a recitation by Alice's spiritual mentor, Swami Satchdiananda – and the album features a wonderful version of "My Favorite Things", done with both organ and harp, plus the tracks "Love Supreme", "Galaxy In Turiya", and "Galaxy In Satchidandana".  © 1996-2022, Dusty Groove, Inc.
(SHM-CD pressing!)