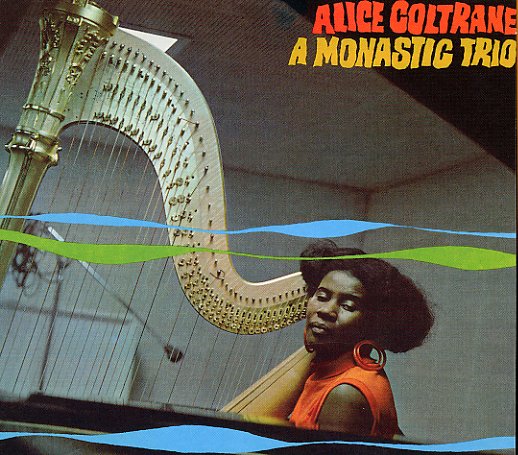 Early work by Alice Coltrane – somewhat under the shadow of her late husband, as you'd guess from the use of his name on the front cover – but really stepping out here with a voice of her own! The Monastic Trio of the set features Alice on harp and piano – alongside bass from Jimmy Garrison and drums by either Ben Riley or Rashied Ali – both really fluid players who open up nicely in this way that's never to far out, at least in the way that John Coltrane was using rhythms at the time – but which allow Alice to really take the lead as a bold musical visionary of her own! Perhaps most exciting, Pharoah Sanders sits in on one of the album's longest tracks – blowing tenor with a force that's enough to bring back The Great One – but the real charm of the set is Alice's piano work, bubbling out here with a sensitivity that we never would have expected from the harder-edge sessions cut with Coltrane – that new level of spirituality she instantly brought to her own solo sessions. Titles include "Ohnedaruth", "Lovely Sky Boat", and "Atomic Peace".  © 1996-2022, Dusty Groove, Inc.
(SHM-CD pressing!)