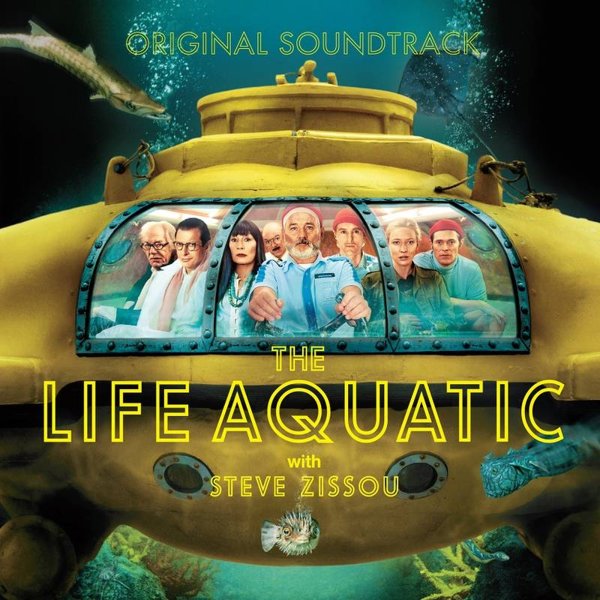 The soundtrack to the second most underrated of Wes Anderson's films – the strangely wonderful seafaring adventure the Life Aquatic! The heart of the album is the delicate, beautiful solo acoustic covers of David Bowie tunes by Brazil's Seu Jorge – plus some great scoring by Devo's Mark Mothersbaugh. Seu commandeers "Rebel Rebel", "Life On Mars", "Starman" and "Five Years" – his gruff, but sweet vocals crooning mostly in Portugese, while Bowie's instantly identifiable melodies easily float to the surface. Mothersbaugh's soundtrack compositions get better and more extroverted with each project, this one branching off from the faux stuffy baroque touches he spun so wonderfully on Rushmore and the Royal Tennenbaums, and even cooking up some blunt, old school synthesizer noisiness that'll please the Spuds! This being a Wes Anderson film, there's some leftfield hits and pop oddities, too. 20 tracks in all, including score pieces, the Jorge/Bowie tunes, plus "Shark Attack Theme" and more by Sven Libaek, "La Nina De Puerta Oscura" by Paco De Lucia, "Search And Destroy" by Iggy & The Stooges, "30 Century Man" by Scott Walker, "Gut Feeling" by Devo and more. As was the case with Anderson's Bottlerocket, the film's critics will slowly shrink into silence over the next few years and the Life Aquatic will be very fondly remembered.  © 1996-2022, Dusty Groove, Inc.
(On "Cerulean" blue vinyl!)