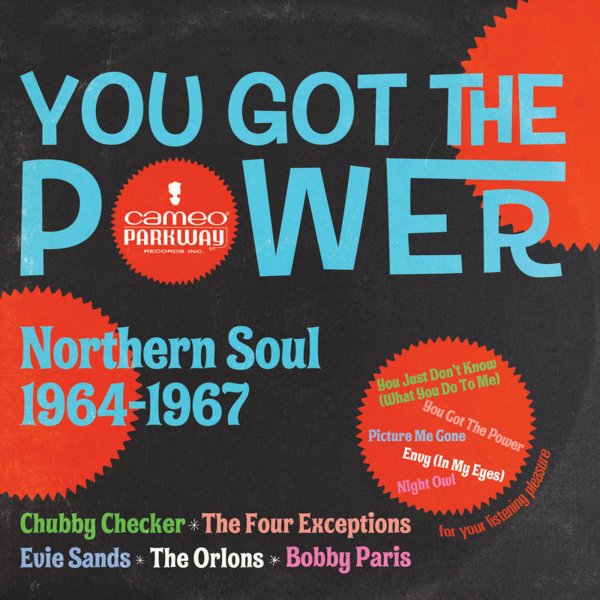 Rare soul gems from a legendary Philly family of labels – the Cameo/Parkway imprints, and the related Fairmount as well! Cameo and Parkway were home to plenty of pop hits at the start of the 60s – but they always put their money back into the scene, and were close to the ground digging up the best and brightest new Philly acts – something that maybe made them one of the first and most important to unleash the strong legacy of Philadelphia soul! Given the hits on Cameo, the company always had a great hear for upbeat groovers – which also makes for plenty of Northern Soul magic here – a legacy almost to rival early Motown, collected here in a long-overdue official look at this side of the label. Titles include "Because Of My Heart" by Frankie Beverly & The Butlers, "I Love Him So" by Nikki Blu, "Village Of Tears" by Ben Zane, "Night Owl" by Bobby Paris, "Country Girl" by Vickie Baines, "Envy In My Eyes" by The Orlons, "You Got The Power" by The Four Exceptions, "You Didn't Say A Word" by Yovnne Baker, "Who Do You Think You Are" by Soul City, "The Grass" by Lonnie Youngblood, "Shake & Shingaling (part 1)" by Gene Waiters, "SOS" by Christine Cooper, "Pass Me By" by Hattie Winston, "Picture Me Gone" by Evie Sands, and "Eddie's My Name" by Eddie Holman.  © 1996-2022, Dusty Groove, Inc.
(Heavyweight blue vinyl pressing – plays at 45rpm for great sound!)