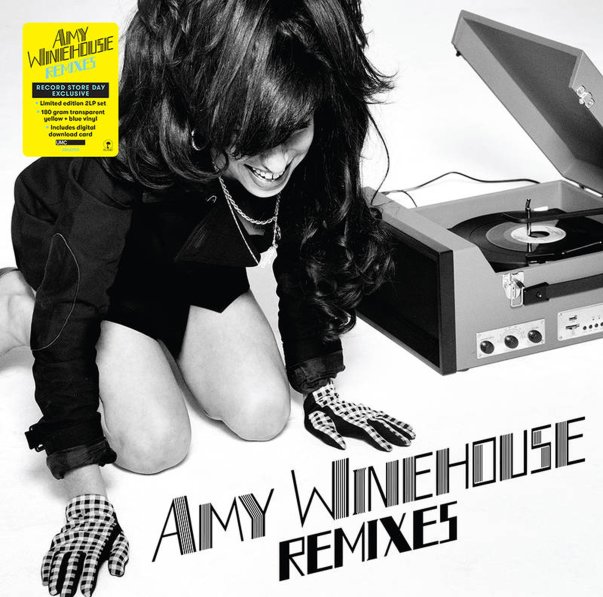 A double-length collection of remixes from the first two albums by Amy Winehouse – a set of tracks that take all the funk of the originals, and add in some elements of hip hop and club as well! A few tracks here get multiple mixes, but with a nice sense of variety – and titles include "F*ck Me Pumps (MJ Cole rmx)", "In My Bed (CJ mix)", "Rehab (Hot Chip rmx)", "Stronger Than Me (Harmonic 33 rmx)", "You Know I'm No Good (Ghostface UK version – with Ghostface Killah)", "Tears Dry On Their Own (Al Usher rmx)", "Love Is A Losing Game (Kardinal Beats rmx)", "F*ck Me Pumps (Mylo rmx)", "Back To Black (Rumble Strips rmx)", "Love Is A Losing Game (Truth & Soul rmx)", "You Know I'm No Good (Skeewiff mix)", and "Rehab (rmx with Jay Z)".  © 1996-2021, Dusty Groove, Inc.