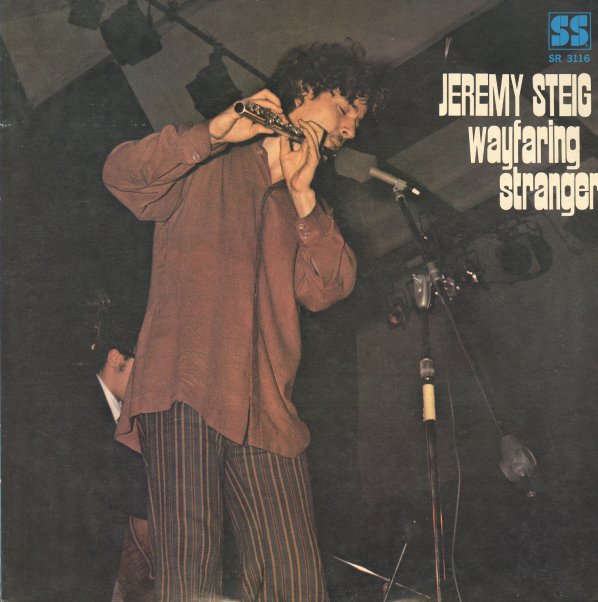 A mindblower from flute man Jeremy Steig – his only album ever for Blue Note – and quite possibly his best! There's a stripped-down feel here that beats even the rich soul of Steig's sets for Solid State – a brilliant pairing of Jeremy's choppy lines on flute with the soulful bass of Eddie Gomez – amazing interplay that really sets the record on edge right from the start – and gives things this raw funky feel that's even different than other Blue Note dates of the time! If you dig Steig's funky flute on other records, you'll totally love it here – and in addition to Eddie's great round, deep, soulful lines on bass – the set also features heavy drums from Don Alias, and some shadings on guitar from Sam Brown – a pair who are perfectly picked to round out the quartet. Tracks are all nice and long, and have a feel that's freewheeling, yet still funkily focused too – almost an electric vibe, although both Jeremy and Eddie's instruments aren't electrified at all – just their souls and spirits! A gem through and through – with great cuts that include "All Is One", "In The Beginning", "Waves", "Space", "Mint Tea", and "Wayfaring Stranger".  © 1996-2021, Dusty Groove, Inc.
(Unusual Japanese pressing, from 1971! Cover has some light wear, and a bit of splitting on the bottom seam.)