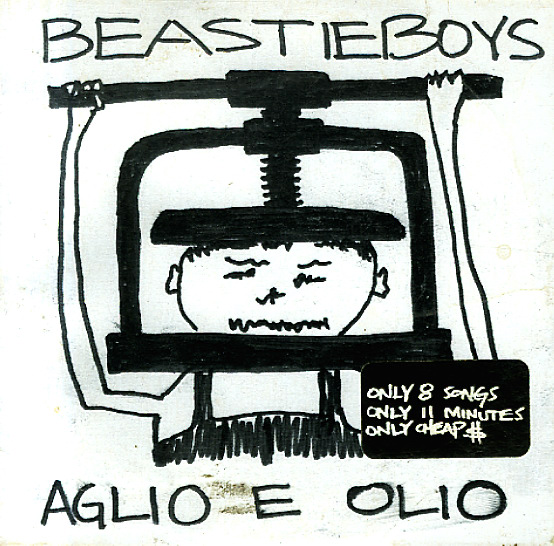 Be warned – this might not be the Beastie Boys you know and love, because this special set has the trio returning to their punk rock roots – getting some help from Awol, and blasting through tracks that are as loud and fast as the work on their early Polly Wog Stew EP! In fact, the group are so fast here that they blast through the songs very quickly – the record is just a quarter of an hour in length – yet given that they could just have kept doing their same hitmaking thing at the time, it's great to hear them still be able to operate in a hardcore mode! Titles include "Square Wave In Unison", "Brand New", "Deal With It", "Believe Me", and "Nervous Assistant". Again, this is not hip hop – it's punk rock! Includes bonus tracks – "Light My Fire" and "Soba Violence".  © 1996-2022, Dusty Groove, Inc.