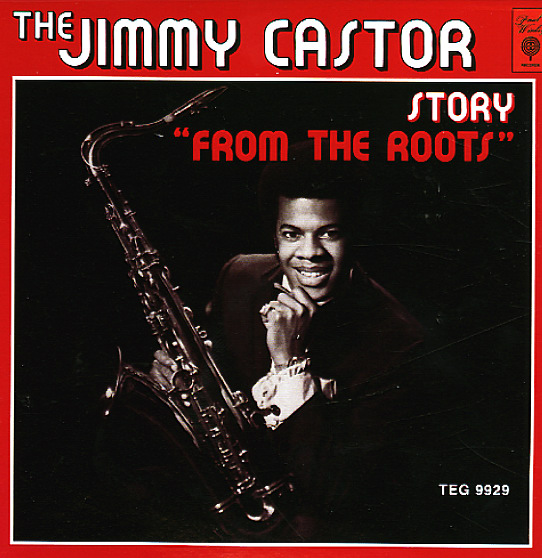 Killer early soul from Jimmy Castor – material that's mostly from the years before his better-known Smash Records and RCA sides – done in a wickedly-grooving style! The work here is a mix of upbeat dancefloor numbers and mellower harmony cuts – and even at this early stage, Castor's clearly a powerhouse in soul – really able to get his bag together, and deliver a tune with a tightness that's totally great – especially given that the Winley Records production still keeps an edge in the music that's plenty darn raw! There's plenty of charm, and a great sense of variety in the tunes – and titles include "Poor Loser", "Block Party", "Soul Sister", "Rattle Snake", "It's OK", "A Dream Affair", "Oh Susanna", and "Hangin Out".  © 1996-2022, Dusty Groove, Inc.

Do Your Thing (180 gram pressing)
Brunswick/Demon (UK), 1968. New Copy (reissue)
LP...$15.99
A very cool groove from Jackie Wilson – a record that still holds onto all the great vocal range of his roots, but also pushes into a hipper late 60s style that's pretty darn nice! Wilson's really at home in the setting – re-emerging as a more mature, confident singer with a lot better ... LP, Vinyl record album

Brown Sugar Featuring Clydie King
Chelsea/Demon (UK), 1973. New Copy (reissue)
LP...$19.99
A great little record from Brown Sugar – a group who really soar here, thanks to the presence of Clydie King on lead vocals! King sung famously on many rock and soul sessions during the 60s and 70s – but she's a great talent in the spotlight, and really helps to give the record a lot ... LP, Vinyl record album