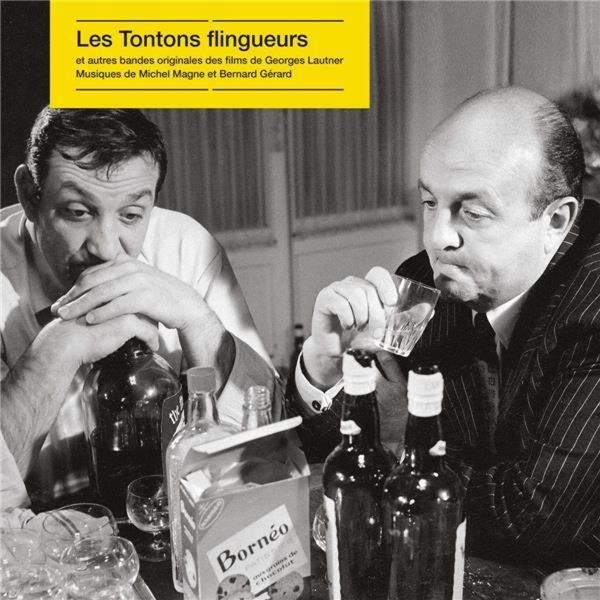 A great collection of work from Michel Magne – one of the hippest French soundtrack talents of the 60s! Most of side one features music for the film Les Tontons Flinguers – an early 60s soundtrack on the French scene, and one that showed that music like this was soon going to rival all the cool changes going on in Italian cinema too! There's a nice blend of jazzy and mod elements going on here – older soundtrack modes given a special tweak – so that the Magne magic means that things take on all these cool 60s touches – with wordless vocals, jerky rhythms, and even some very cool organ lines at times! The set only features six tracks, but they're all pretty darn great – and titles include "Tontons Swing", "Tamoure Hully Gully", "Slow De Tontons", "Route De Nuit", "Tamoure", and "Final". But the record also features a lot more music too – all from films directed by the great Georges Lautner – including five numbers from the excellent crime film Ne Nous Fachons Pas by Bernard Gerard, and more Michel Magne tracks from Galia, Fleur D'Oseille, and Les Barbouzes –  © 1996-2021, Dusty Groove, Inc.