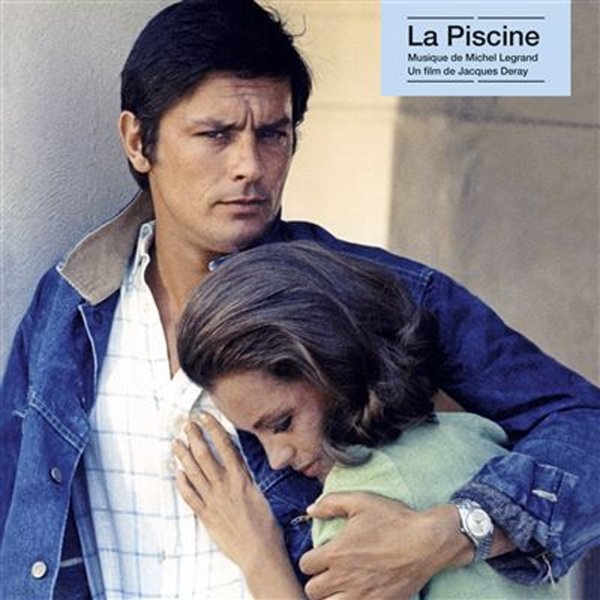 An incredibly groovy late 60s soundtrack from Michel Legrand! La Piscine may well be one of the last under-reissued scores from Legrand's genius period – that time when he was hitting heavily on soundtracks for The Thomas Crown Affair, Umbrellas Of Cherbourg, and other classics. This one's got a feel that's right up there with those – a mix of jazzy styles, mod themes, and cool vocal touches – sometimes scatted a bit, with that raspy style we love in Legrand's singing. A few other tunes are a bit mellow, but in a great way that really fits the watery title of the set – cool and shimmering, and with a great sense of sound that really shows Legrand's talents. Titles include "La Piscine", "Blues Pour Romy", "Suspicion", "Dans La Soiree", and "De Souvenirs En Regrets" – plus "Run Brother Rabbit Run" sung by Delaney Bramlett and "Ask Yourself Why" sung by Sally Stevens.  © 1996-2022, Dusty Groove, Inc.

La Piscine (with bonus tracks – and Un Homme Est Mort 7" single)
We Want Sounds (UK), 1968. New Copy Gatefold (reissue)
LP...$34.99 39.99
An incredibly groovy late 60s soundtrack from Michel Legrand! La Piscine may well be one of the last under-reissued scores from Legrand's genius period – that time when he was hitting heavily on soundtracks for The Thomas Crown Affair, Umbrellas Of Cherbourg, and other classics. This one's ... LP, Vinyl record album