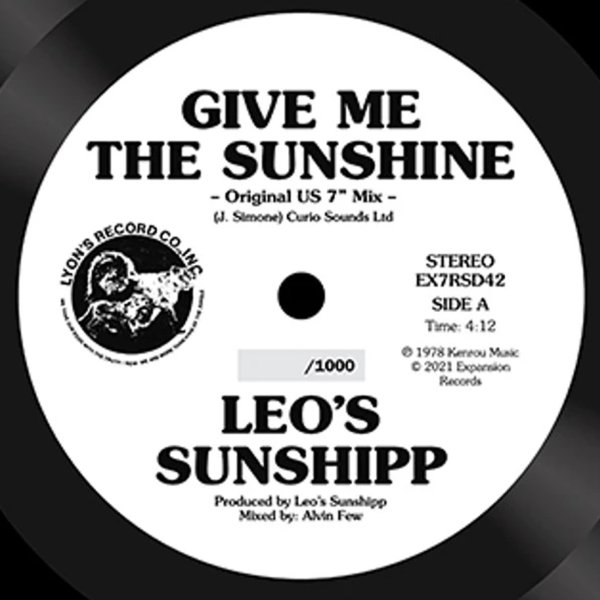 One of the greatest cuts ever from this legendary group – served up here with a special mix too! "Give Me The Sunshine" is their real calling card – a slow-stepping club number that's almost smooth enough to work for steppers, but funkier at the core too – nice and long, with a chorus that just won't quit! The cut is presented here on its rare 7" single mix – and the flipside mix is equally great, and opens the groove in a really wonderful way!  © 1996-2021, Dusty Groove, Inc.
(Hand-numbered limited edition of 1000!)