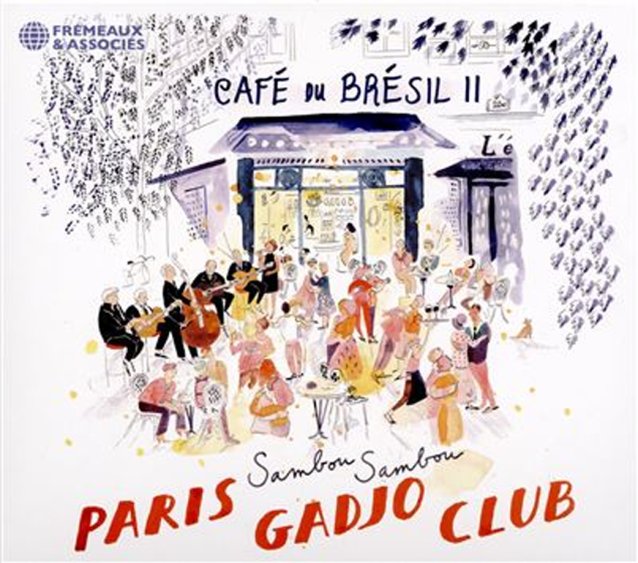 A really wonderful mix of styles – the gypsy swing of the Paris jazz world of the 30s, mixed with older tunes from the world of Brazilian music – all presented here in a blend that works surprisingly well together! The groove often takes most of its rhythm from non-percussion instrumentation – guitar and bass – and the melodies are carried by more work on guitar, plus clarinet and melodica, the last of which sounds especially great here – a really unusual addition to the songs, but one that comes off wonderfully! The set includes tunes by Joao Donato, Marcos Valle, Antonio Carlos Jibm, and others – and titles include "Saudade De Bahia", "Fim De Sonho", "Aquarela Do Brasil", "Triste", "As Rosas Nao Falam", "Sambou Sambou", and "Samba De Verao".  © 1996-2021, Dusty Groove, Inc.