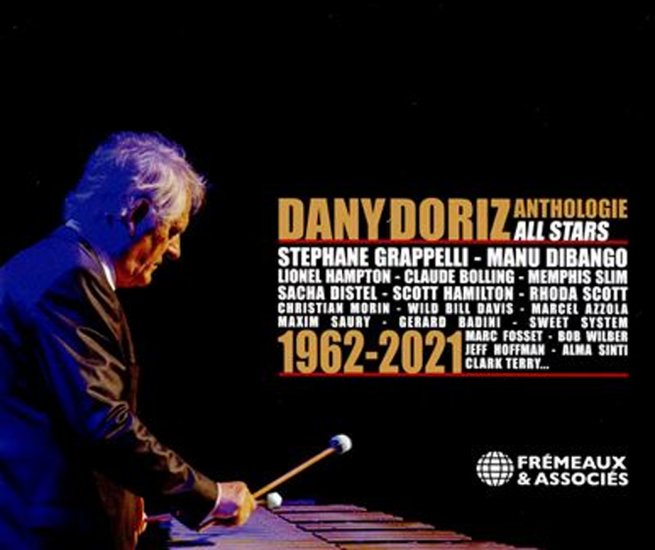 French vibist Dany Doriz has been making music for many decades – as you can probably guess from the title of this set – and during that time, he's proven to be one of the most versatile musicians on his scene – able to shift between modern and trad jazz modes, hit some Lionel Hampton swinging styles, and even do some sound library material as well! This 3CD set is the first collection we've ever seen to do justice to Dany's long musical legacy – and it brings together a huge amount of work in a variety of settings – a long list of associates here that includes Claude Bolling on piano, Clark Terry on trumpet, Stephane Grappelli on violin, Manu Dibango on saxes, Sacha Distel on guitar, Rhoda Scott on Hammond, and even Lionel Hampton on vibes. Most of Dany's records never made it to our shores back in the day – and the set features lots of early material on CD 1, which runs up to the 90s – then a remaining three decades on the following two CDs – a total of 55 tracks in all, with notes in French and English!  © 1996-2021, Dusty Groove, Inc.